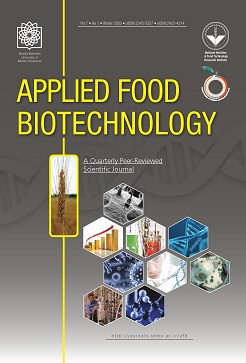 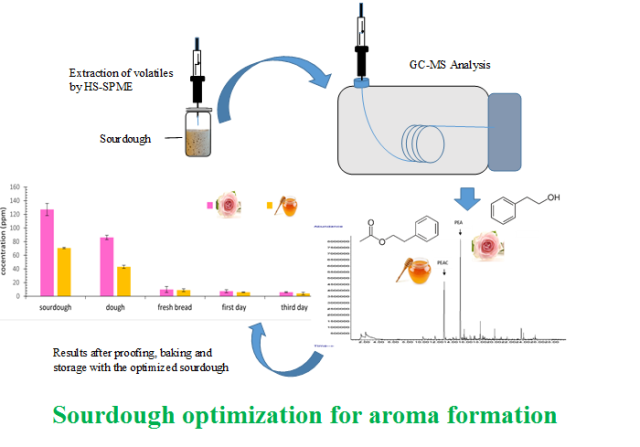 Fermentation is one of the best methods for in-situ generation of aromas in breads. However, generating desirable flavors needs controlling several effective factors. In this study, optimal conditions for the production of honey and rose-like aromas were investigated by fitting a quadratic model using response surface method. To the best of the authors’ knowledge, no study has used this method for the high-efficiency production of flavor compounds in sourdough.

Results suggested that fermentation was optimum at 25 ℃ for 66.5 h with dough yield, 400; fructose, 6%w v-1; phenylalanine, 0.3% w v-1 and bran, 20% w w-1 for the production of rose and honey-like aromas with high efficiency (2-phenyl ethyl alcohol 127.1 mg l-1 and 2-phenyl ethyl acetate 70.7 mg l-1). Assessment of the baking and storage effects on the selected aroma compounds showed that although sharp decreases occurred in their concentrations due to the oven temperature, they were still detectable in the bread after 3 days of storage. Based on the optimized model, it can be concluded that increasing time and decreasing fermentation temperature led to the strengthening of aroma production. Furthermore, phenylalanine and fructose strongly affected development of the target aromas. 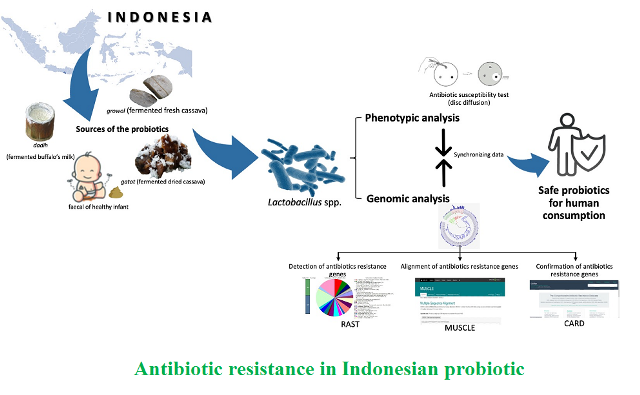 Results and Conclusion: All strains showed resistance to aminoglycoside and ciprofloxacin but sensitive to amoxicillin, clindamycin and erythromycin. Resistance to chloramphenicol and tetracycline varied within the strains. Two strains were sensitive and others were intermediate resistance to chloramphenicol. One strain was resistant to tetracycline, while the other three strains demonstrated intermediate resistance to the antibiotic. Genome sequence of the four strains verified the presence of the tetracycline, β-lactamase and ciprofloxacin resistance genes as well as multidrug resistance efflux systems. Occurrence of the resistance genes was correlated to the phenotype results, except for amoxicillin and aminoglycosides. Rapid Annotation using Subsystem Technology annotation showed that all Lactobacillus strains did not include transposable elements, gene transfer agents and plasmid linked functions; thus, horizontal transfer of the antibiotic resistance genes unlikely occurred.

Background and Objective: Conventional applied techniques used for detecting pathogenic microorganisms that generally are based on plating, serological and biochemical assays are unreliable and expensive while lacking sensitivity and specificity compared to new analytical methods. Investigation of reliable and rapid analytical diagnosis methods seems a necessity today. In the present study, a high accurate method was developed aiming to pre-concentrate and improve identification of Staphylococcus aureus as a major bacterial human pathogen by using a molecular imprinted polymer (MIP) based membrane.

Materials and Methods: Cellulose acetate was used as the basic membrane with a pore size of 1.2 μm, methacrylic acid as the functional monomer, ethylene glycol dimethacrylate as the cross-linking monomer, antibody buffer medium as the template molecule, and 2,2'-Azobis(2-methylpropionitrile) as the initiator agent. After selecting the best membrane composition resulting from the optimum ratio of antibody to imprinted monomer, electron microscopy testing was used to evaluate the characterization and stabilization of the molecular imprinting of templates on the membrane.

Results and Conclusion: According to the results, the suspension of Staphylococcus aureus with a dilution of 3×105 after being adjacent to MIPs modified membranes had the highest bacterial mass absorption in MIP4 filter and reduced to a level of 1.3×104. The manufactured nano membrane could lead to a significant development in quality control of food industry compared to traditional methods due to a very shorter required time of bacterial mass diagnosis with a very higher accuracy. 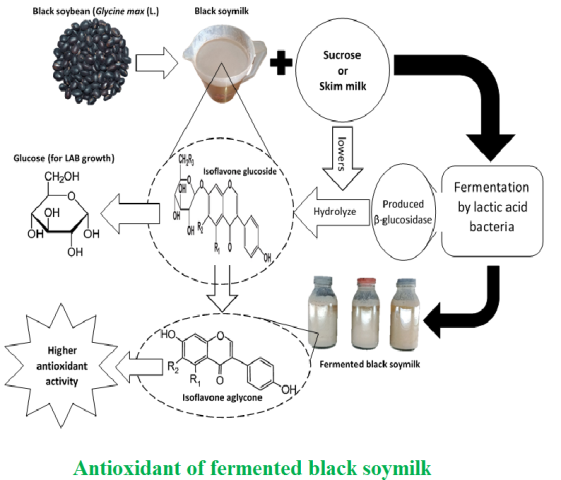 Fermentation of black soymilk and black soymilk supplemented with 2% sucrose or skim milk was carried out using three indigenous lactic acid bacteria at 37 °C for 18 h. Viable cell, pH, titratable acidity, β-glucosidase activity, isoflavone aglycone, total phenolic content and antioxidant activity of black soymilk were assessed at the beginning of the experiment and after 18 h of fermentation. 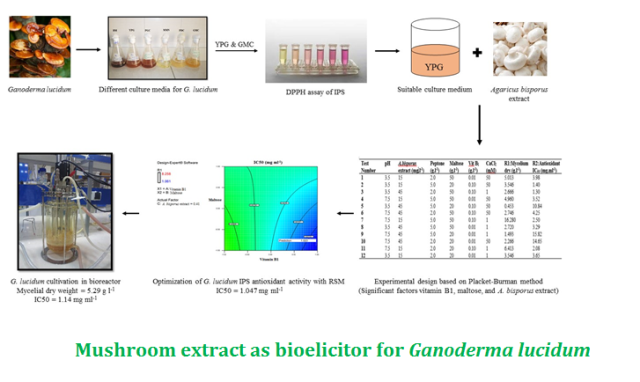 Ganoderma lucidum is one of the medicinal fungi frequently used as supplement. The intracellular polysaccharides of this fungus include high molecular weights and help strengthen the immune system. Furthermore, these polysaccharides act as antioxidants by inhibiting free radicals and enhancing activity of the enzymes. Addition of various elicitors to the fungi submerged culture media affects the cell growth and metabolite production. Fungal extracts are one of these elicitors.

In this study, Ganoderma lucidum was first cultured in various culture media to investigate the base media. Using three various methods (soaking the fruit body in water, disintegrating the fruit body with a blender and boiling the fruit body), Agaricus bisporus fruit body extract was prepared as elicitor and the extract with the highest sugar content was used. For the optimization of growth and antioxidant activity of the intracellular polysaccharides, effects of six independent factors were investigated using Placket-Burman method, including Agaricus bisporus extract, peptone, maltose, pH, vitamin B1 and CaCl2. Response surface method was used to optimize three factors of vitamin B1, Agaricus bisporus extract and maltose. Then, stirred tank bioreactor was used to culture Ganoderma lucidum. 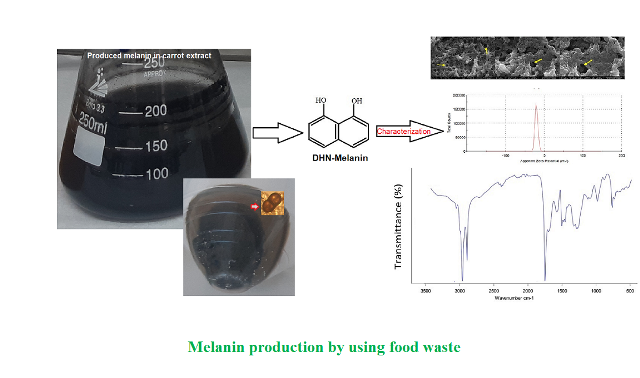 Food wastes cause economic losses and environmental problems. Hence, ability to transform food wastes into high-value added products is highly attractive. The aim of this study was to produce melanin pigments by fermentation that include wide potential uses in agriculture, cosmetics and pharmaceutical industries using domestic wastes such as melon peel, watermelon peel and carrot peel and industrial by-products such as whey and molasses.

The highest intracellular (0.19 g l-1) and extracellular (3.52 g l-1) melanin concentrations were produced by Aureobasidium pullulans NBRC 100716 using carrot peel extracts as fermentation media. Results of characterization were compared with those of synthetic melanin used as standard and the produced nanoparticles were validated. Particle sizes of the nanoparticles ranged 10-760 nm with negative charges, as suggested by previous literature. Results showed that carrot peel was a good candidate, which could be used for the production of high value-added melanin. When carrot peel extract was used as a fermentation medium, characteristics of the melanin produced by Aureobasidium pullulans NBRC 100716 strain were similar to those of synthetic melanin. 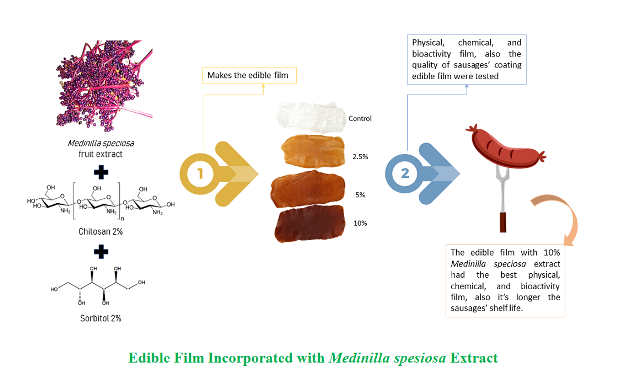 Beer as a vehicle for probiotics