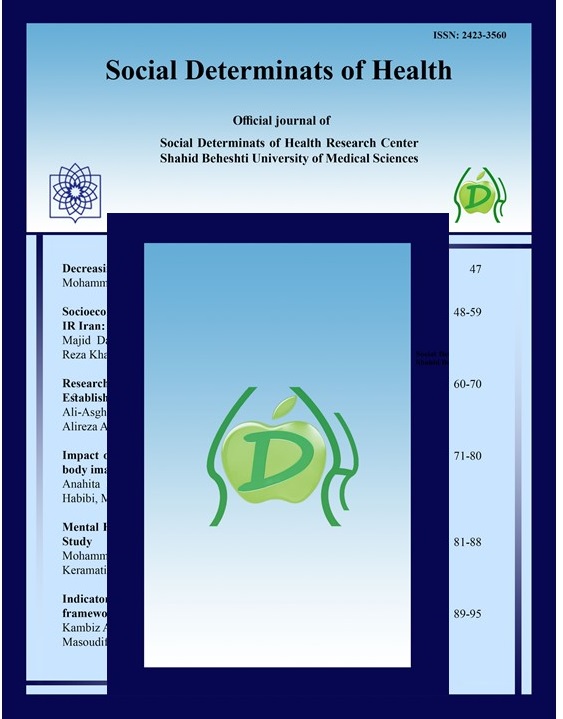 Background: The prevalence of Chronic Energy Deficiency (CED) in Indonesia reached 24.2% in 2013. The present study aimed to identify the determinants of CED in pregnant women.

Methods: A cross-sectional study was conducted between July 2016 - July 2017 in Jeneponto Regency. The standard used in Indonesia categorizes CED when MUAC <23.5 cm while the normal value is considered as ³23.5 cm. A total 616 respondents were selected using proportional stratified non-random sampling. The independent variables were socio-economic, food intake, and environmental factors. Anthropometric data including Middle-Upper Arm Circumference (MUAC) was measured using MUAC tape. In addition, SECA digital weight scale was used to measure weight and Microtoice for height. Data were collected using structured questionnaires and the results were double input to ensure validity of data. Data analyses used were chi-square and logistic regression run in PASW Statistics for Windows, Version 18.0.

Results: The results showed that the prevalence of CED is quite high (n=131) (21.3%). The variables that contributed to the CED occurrence were age (OR=2.662, 95%CI=1.785-3.968, P<0.001) and education level (OR=0.505, 95%CI=0.340-0.751, P=0.001). Multivariate analysis showed only educational level and latrines availability became the determinant factors of CED in pregnant women (P<0.05). After controlling low carbohydrates and protein intake, there was no statistically significant variable as determinant factor of CED among pregnant women.

Conclusion: The present study concludes that age and education level are potential to be determinant factors for CED. Attempts should be made to prevent the impact of CED on pregnant women. The government needs to provide the proper program to overcome impact and prevalent of CED.

Background: Today, there are several methods in medicine to treat the infertility, and surrogate uterine is one of the new methods. The aim of the current study was to compare the Maternal-Fetal Attachment (MFA) and feelings of guilt of women volunteered to be surrogate mothers at the time of relinquishing the child to the biological parents and those of the women with normal pregnancies.

Methods: The present case control study was conducted on 30 women volunteered to be surrogate mothers after the birth of infants and relinquishing to the biological parents from October 2015 to January 2016 and 30 women who had normal pregnancy after childbirth using convenience sampling method. Data were collected using a demographic questionnaire, Cranley's Maternal-Fetus Attachment Scale, and Test of Self-Conscious Affect. Data were analyzed using IBM SPSS Statistics for Windows, Version 21.0., running Levene's test and independent t-test. The significant level was considered as P<0.05.

Obstacles of ending TB: What does health system think?

Background: Despite the importance of Tuberculosis (TB) control program and elimination of disease as its target, only a few studies have been carried out to evaluate tuberculosis control in Iran. In the present study, we intended to ask the opinions from experts and managers of Iran University of Medical Sciences about the TB control program in Iran.
Methods: A Qualitative study was carried out to determine experts’ and managers’ opinions about the national TB control program. Experts and stakeholders were listed for focus group discussions (FGD) and interviews using purposive sampling method. We interviewed all levels of staff involved in the tuberculosis control program (managers, physicians, and administrative and executive staffs). Three FGD sessions were held with 28 participants. The participants were excluded if they had less than six months of experience in TB program. FGD and interviews were manually coded and the themes and sub-themes were extracted. After analyzing the results, the final report was drafted.
Results: The results were classified into four themes and 15 subthemes (6 in input, 3 in process, 2 in outputs, and 4 in outcome). There were positive points and problems in each part. To achieve the goal of End TB, we will need to review the process, incorporate with other sectors, apply new diagnostic methods, and participate with other stakeholders (internal and external).
Conclusion: Because of the effects of socio-economic factors on tuberculosis, considering the current implementation of the program; it is not possible to eliminate tuberculosis.

Background: Job satisfaction of physicians in family physician team is considered as one of the important factors for health system. The aim of the preent study was to compare the quality of work life (QoWL) in rural family physicians and general physicians with private clinics in Kurdistan province.

Methods: A cross-sectional study was conducted among 103 general physicians including 50 rural family physicians and 53 general physicians with private clinics in Kurdistan province in 2016. The data were collected using QoWL questionnaire and analyzed using SPSS, v. 16. Descriptive statistics including frequency, percentage, mean, and standard deviation (SD) were used to describe the data and to examine the relationship between the variables, T-test was run.

Background: Exercise can play an important role in preventing chronic diseases. Given the key role of medical students on public health behaviors, the aim of the present study was to assess physical activity and factors influencing it in medical students of Kerman University of Medical Sciences.

Conclusion: Medical students in Iran are not in a good status in terms of physical activity. Considering the decisive role of parents in their children's attitudes towards physical activity, even in college, parent training seems necessary.

Background: Viral hepatitis B is a common community acquired infection. It damages the liver tissue and can be a risk factor for cirrhosis and liver cancer. In the present study, we investigated the major risk factors for being HBs Ag positive among blood donors of Hamedan, Iran.

Methods: A cross-sectional study was carried out in Hamedan city. All of the blood donors in Blood Transfusion Organization Center of the city were asked to fill out a questionnaire between September 2011 and February 2012. Logistic regression was used to calculate Odds Ratios (OR) for risk factors of being HBs Ag positive using IBM SPSS Statistics for Windows, Version 22.0.

Conclusion: Of all risk factors investigated in the present study, “History of Surgery” suggests a risk of infection transmission through surgical team. More studies on different populations are needed due to regional characteristics of hepatitis transmission

Breast cancer is the most common type of cancer among women in the world, which this is a serious problem in many developing countries. In the world we can anticipate prevalence of cancer will high to double by 2020 and this news is very important issue for health care and women (1) .In Iran breast cancer is common among women representing 22.4% in 100000 women (2). cancer can have many negative psychological consequences such as depression ,sexual relationship problem, problem with significant others especial husband and children, isolation, low self-esteem, anxiety, worry about  future and health, hopelessness and helplessness, suicidal ideation, negative body image and self-blaming which affect their illness (3 ). Therefore, coping with this disease is an important challenge for patients.