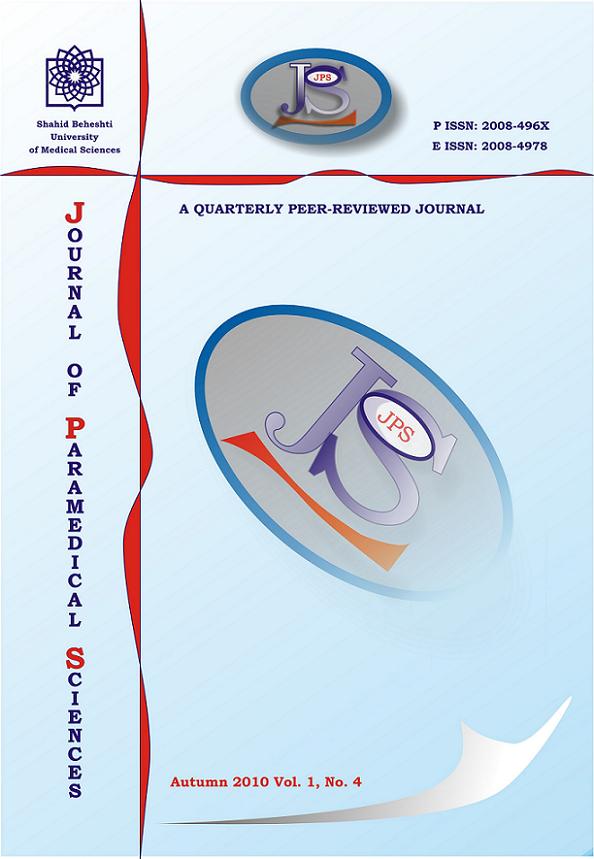 This study analyzed the qualitative and quantitative developments of medical informatics articles in Iran from 1987 to 2009, based on ISI Citation databases. The first phase of the analysis included date of publication, type of document, language of the article, source of publication, subject areas, and the countries involved in developing the articles. Citation indicators formed the second phase of investigation in this study. In the third phase, the citing articles were analyzed in terms of their date of publication, type of document, language, subject area, citation sources and the country where the citation had taken place. The publications, with some fluctuations, followed a rising trend until 2007, but after this date there was some decline in publishing such articles. Among 62 documented articles investigated, 58 were published in journals, and the remaining four were presented in conferences. The language of all 62 articles was English. Britain had the greatest contribution, i.e. 13 (21%) documents, in publishing such articles. Regarding their subject area, most of the articles, i.e. 28 (45%) documents, dealt with “health care sciences and health services”. As for their source of publication, 7 (11.29%) articles had been published in the Medical and Biological Engineering and Computing Journal. The greatest number of citations belonged to 2005 while the greatest number  of H-Index and citation average per year  belonged to 2007. There were a total of 196 citations to 62 articles, out of 186 articles. 20% of all citing articles embarked uopn self-citation. The overall average for referencing to each article was 3.16 and the H-Index of all Iranian medical informatics articles was 7. Most of the citing articles belonged to more recent years.  The language of most citing articles was English. Most of the references to the articles first belonged to scholars from the United States, i.e. 41 (22%) times, and then to those from Iran, i.e. 40 (21.5%) times. The greatest number of citing articles (12 articles or 6.45%) were published in the journal of Medical and Biological Engineering and Computing. Generally speaking, the year 2007 seemed to mark a turning point in publishing the greatest number of medical infortmatics articles from Iran. The articles published this year showed some improvement in quality as well.

Cloning and Expression of N-terminal Region of IpaD from Shigella dysenteriae in E. coli

Genus Shigella is one of the important members of the family enterobacteriacae. There are numerous antigens in Shigella carrying by a 220 kb plasmid. Among them, IpaD is the key virulence factor of S. flexneri. Apart from having effectors function that is essential for host cell invasion and intracellular survival, this protein also controls the secretion and translocation of other effector proteins into eukaryotic host cells. In the present study, we have cloned and expressed the ipaD in E. coli. The ipaD gene was amplified by PCR. Prokaryote expression vector pET-28a(+)- ipaD was constructed, and used to transform E. coli BL21DE3 plySs. The expression of recombinant protein induced by IPTG was examined by SDS-PAGE. Western blot were used to determine immunoreactivity of IpaD-His by a rabbit monoclonal antibodies against his-tag. SDS-PAGE demonstrated that the constructed prokaryotic expression efficiently produced IpaD at the 1 mmol/L of IPTG. IpaD protein was able to react with the rabbit monoclonal antibody against His-tag.  IpaD is essential for Shigella spp invasion. N-terminal region is most significant functional fragment of IpaD. Purification of IpaD from the wild type of Shigella is difficult furthermore profound study on a specific domain on the N-terminal of IpaD by using the wild type of purified IpaD is not feasible.

The focus of this study was antimicrobial membrane-activity of actinomycetes isolated from soils of Iran. In this work, soil samples were collected from desert and farming zones of Northern and Central Iran. A total number of 45 actinomycetes were isolated from the soil samples. In the primary screening performed to evaluate antimicrobial activity, isolated microorganisms were analyzed in terms of their general inhibition effects to indicator strains E. coli, C. albicans, and S. cervisae. It has been found that 12 actinomycetes, were effective against test microorganisms. In the secondary screening to determine membrane-active metabolites producing microorganisms, isolates having an inhibitory effect against test microorganisms, were analyzed for membrane activity using a Rapid Chromatic Detection method. Based on color changes that are easily identified by the naked eye and recorded by UV-vis spectrophotometery, two actinomycetes had membrane-activity effect and were stored for the sake of further study and identification.

Attitudes, Perceptions, and Tendencies of the Iranian Students in Medical Fields towards Cheating and Academic Dishonesty

Background and Objectives: Despite universities initiating different controlling systems, cheating is still rampant and a global phenomena. One side of the problem of cheating involves the attitudes, perceptions and tendencies of the university students towards cheating and academic misconduct. The present survey seeks to elaborate on the above aspects among the students at one of the most important universities in Tehran, Iran. Methods and Sample: The study has benefitted from the translated and validated version of the questionnaire used by Lupton and Chapman (2002). The sample included 386 students studying at Shahid Beheshti University of Medical Sciences (SBMU) in Tehran in different fields of medical sciences.  Findings and Discussion: The survey has found some very interesting results on what Iranian university students think of cheating and academic dishonesty, despite all the controlling systems used in assigning homework and initiating mid-term and final exams. Almost 81.1 % of the female students and 85.2 % of male students did not consider “giving the exam answers to someone at the following semester” an act of cheating. Moreover, 72.2 % of students responded that they had not cheated. Interestingly, 65.4 % of the respondents have admitted that they had given information of a previous exam to another student. The results showed that sex did not have any role in cheating and academic dishonesty (p=0.826).

HTLV1 is the first detected retrovirus causing disease in human. The physiopathology of HTLV1 related diseases was mainly linked with its Tax protein characteristics. Use of mutant Tax proteins accompanied by immune regulator drugs could help treating HTLV1 associated myelopathy patients as a modulator of potent immune response against this viral protein. Since Tax protein is not commercially available, production of recombinant Tax protein was targeted for this study. Coding sequence of Tax protein (containing R222K mutation) in the pcDNA3.1(+) was digested with BamHI and XhoI restriction enzymes, and then removed and inserted into the expression vector pET32a(+) within the same cutting sites and cloned into E.coli DH5α. Recombinant vector was confirmed with enzymatic digestion, colony PCR, and sequencing of cloned gene. E.coli Rosetta (DE3) was transformed with the recombinant plasmid and the expression was induced. The expression of protein was assayed with SDS-PAGE and western blot using monoclonal antibodies against Tax and 5His epitope. Finally, antigenic characteristic of the recombinant protein was evaluated by western blotting against patient sera. Presence of Tax protein band in the SDS-PAGE and western blot was confirmed. Western blotting of the recombinant protein with patient sera showed the band related to Tax protein. The recombinant protein is well produced and could be detected by patients' sera, making it eligible to be used as a recombinant viral antigen for future purposes.

The Development a Polymerase Chain Reaction (PCR) to detect C.Pneumoniae and C.Psittaci

C.pneumoniae and C.psittaci both cause respiratory infections in human. detection  of  these  organisms  in  tissue  culture  is  difficult  and serological  testing  is unreliable. There  are  no  sensitive  and  reliable  tests  for  the  detection  of  these  organisms. The  polymerase  chain reaction  (PCR  )  has  provided  an alternative  diagnostic  method  for the detection of these fastidious  organisms. The aim of this study was to develop a PCR to detect C.pneumoniae and C.psittaci from clinical samples. The PCR was optimized in a series of experiments. To determine  if  the  optimized  PCR  could  be applied  to  clinical samples, mock  positive specimen  were  produced by  adding  chlamydiae  to  throat  swab  from  healthy  adults. The DNA was extracted by phenol/chloroform. When tested by PCR all the throat swabs were negative. However,  when  diluted  and  retested,  many  of the  swabs  were  positive  and 10 IFU  of C.psittaci  and  100  IFU  of C.pneumoniae  could  be   detected.  This  experiment  indicates  that  inhibitor  to  PCR  are  found  in  throat  swab  and  further  work  is  needed   on  specimen  preparation.   The PCR was optimized in a series of experiments.    The  optimal  conditions  were  to  use  a two  segment  PCR  with  68°c  annealing  and  polymerization  temperature, 2.0mM  Mgcl2,  0.2μM  primers  and  40  cycles. The  PCR   was  highly  sensitive  and  could  detect  one  inclusion  forming  unit  with  both  C.pneumoniae   and  C.psittaci  strains.  Two  human  strains  and  one   nonhuman   strain  of  C.pneumoniae   and   two  avian   strains   and  three  mammalian   strains   of C.psittaci   were   used   to  determine   the specificity  of PCR. The PCR detected all these different strains.   C.trachomatis   strains   were not detected.  Various bacterial  strains, fungi  DNA,  and  human  DNA  were  negative  in  PCR  and no  amplification  DNA  was  found   in  negative  controls.

In early postnatal life, sensory-driven processes deeply affect structure and function of sensory cortices. Because some visual signals pass from visual cortex to the hippocampal formation, the aim of this study was to investigate the effects of change in visual experience on rat’s spatial learning and memory. This experimental study was carried out on 30 Wistar male rats (45 days old) which were randomly distributed into 3 groups; the CO (Control group) was in 12 light/12 dark cycle through birth to the end of the study, the LR (Light Reared) group was in complete lightness and the DR (Dark Reared) group was in complete darkness (n=10 for each). Using MWM (Morris Water Maze), the animals learned to find a hidden platform for 4 trials per day during 5 days. After removing the platform, spatial memory was tested at day 5 in one trial (probe trial). Our results indicated that in the learning stage, the CO rats spent less time and distance to find the hidden platform than the other groups. There was no difference between all groups in probe trial. Change in visual experience impairs spatial learning of rats in Morris water maze and their spatial memory formation is not influenced.

Cellular orientation control is important for tissue regeneration. Design of oriented structures for cells with suitable features can be used in tissue engineering. One of the methods of cellular orientation with the aim of regenerating which damaged tissues is utilizing oriented biocompatible substrates. Different methods can be used to design these structures such as utilizing magnetic fields, electrospinned oriented fibers or methods such as directional solidification. This paper investigates the influence of grooved substrate-mediated physical guidance on the growth and alignment of cells in vitro. A novel technique was developed to fabricate microgrooves on biodegradable polymer substrates made of poly hydroxyl buthyratevalerate. Solvent-castings were used to transfer micro patterns from quartz and silicon substrates onto biodegradable polymer films. The cells were successfully oriented on micro grooved polymeric substrate which can be used for axon guidance and nerve regeneration.