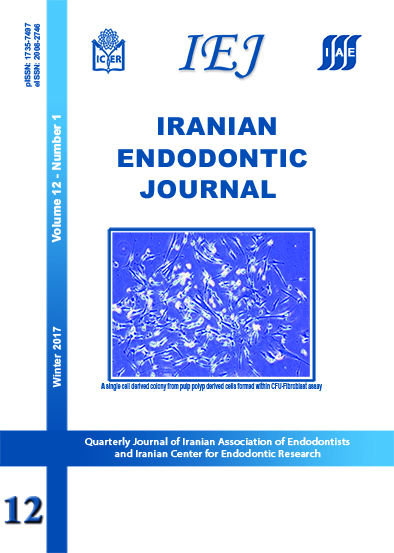 Introduction: Hyperplastic pulpitis (pulp polyp)tissues contains cells with stem cell properties similar to that of the dental pulp stem cells (DPSCs). It has also been shown that CD146 enrichment can homogenize the cultures of DPSCs and enhance the colony forming potentials of their cultures. This study determines whether CD146 enrichment can help purifying the stem cells from heterogeneous cultures of the pulp polyp derived stem cells (PPSCs). Methods and Materials: Healthy dental pulps and pulp polyp tissues were enzymatically digested and the harvested single cells were sorted according to the presence of CD146 marker. The sorted cells were seeded directly for colony forming unit (CFU) assays of the negative and positive portions. Flowcytometric antigen panel and differentiation assays were used to see if these cells conform with mesenchymal stems cells (MSCs) definition. Differences between the between groups was assessed using independent t-test. The level of significance was set at 0.05. Results: Normal pulp tissue derived cells formed higher colonies (42.5±16.8 per 104 cells) than the pulp polyp (17.75±8.9 per 104 cells) (P=0.015). The CD146 positive portion of the polyp derived cells formed an average of 91.5±29.7 per 104 cells per CFU. On the other hand, CD146 negative portion did not show any colonies (P<0.001). Both resources showed cells with flowcytometric antigen panel and differentiation potentials conforming to MSC definition. Conclusion: The entire CFU of PPSCs were formed within CD146 enriched portion. It seems that CD146 enrichment may reduce the number of possible fibroblasts of the pulp polyps and may further homogenize the culture of the PPSCs.