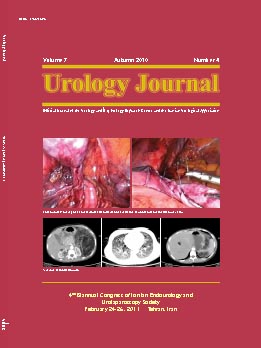 Purpose: To investigate the success rate of Snodgrass method in combination with tunica vaginalis flap as the second layer for hypospadias repair. Materials and Methods: In a prospective study, 33 patients with penile hypospadias who were treated using a Tubularized Incised Plate Urethroplasty (Snodgrass method) and vascularized tunica vaginalis flap as a second layer, were evaluated. Wound infections, meatal stenosis, and urethrocutaneous fistula were considered as treatment complications. Success rates of surgery were recorded. Failure was defined as need for re-operation. Results: The mean age of the patients was 9.93 ± 4.4 years (range, 1.5 to 18 years). The mean follow-up was 8.79 ± 5.43 months (range, 6 months to 5 years). Four patients were lost to follow-up and excluded from the study. The location of hypospadias was distal penile in 17 patients (59%) and midpenile in 12 (41%). Of studied patients, 3, 2, and, 1 developed fistula, wound infection, and meatal stenosis, respectively. Two subjects with meatal stenosis and one with wound infection were managed conservatively. Conclusion: Snodgrass technique in combination with tunica vaginalis flap as a second layer is a reasonable procedure for hypospadias repair because of good cosmetic appearance and acceptable complication rates. Currently, fistula formation remains the most common complication of this technique, which often needs surgical repair.