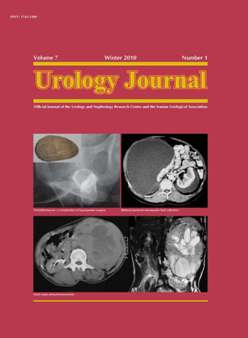 Salvage Use of Citalopram for Treatment of Fluoxetine-Resistant Premature Ejaculation in Recently Married Men: A Prospective Clinical Trial

Introduction: A wide variety of therapeutic modalities have been tried for treatment of premature ejaculation. Selective serotonin reuptake inhibitors are from the latest and most effective medical agents. Among these drugs, fluoxetine hydrochloride has been used for some years in our institutions with considerable drug untoward effects and significant failure rates. We tried to salvage treatment process by using citalopram in fluoxetine-resistant patients.
Materials and Methods: In a prospective clinical trial, we used citalopram hydrobromide as a salvage agent in 16 newly married men with premature ejaculation who experienced a history of unsuccessful treatment with fluoxetine hydrochloride. Intravaginal ejaculation latency time (IVELT) was recorded by a stopwatch before and after the treatment, and a 5-stage visual scale was designed and used to compare patientsâ€™ sexual satisfaction levels during the 1-month treatment period.
Results: The IVELT and sexual satisfaction levels both significantly improved after citalopram prescription. The mean measured IVELT was 0.388 Â± 0.212 minutes before the treatment, which increased to 4.313 Â± 2.886 minutes after the treatment. The reported drug untoward effects were mild. Citalopram was ineffective only in 1 patient, which was discontinued after 4 weeks.
Conclusion: Our study showed that citalopram is effective and safe in the treatment of premature ejaculation in newly married men after failed treatment with fluoxetine.