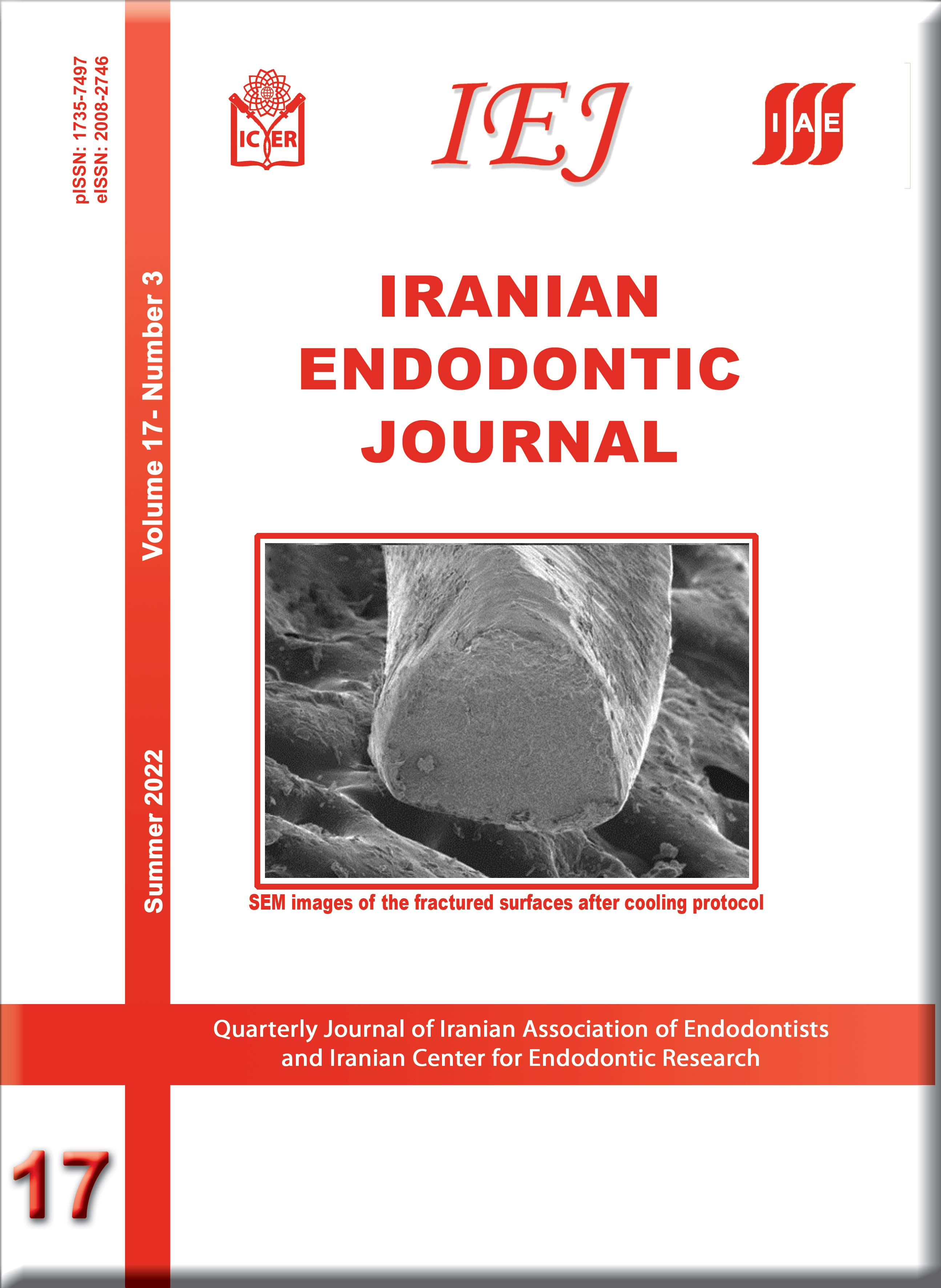 Introduction: This study investigated the amount of debris and smear layer remaining followed chemomechanical preparation using three systems: ProTaper Universal, reciprocating SafeSider, and hand K-Flexofiles with scanning electron microscope (SEM). Materials and Methods: Sixty-five mandibular molars with mesiobuccal canal curvature (25 to 40°) were extracted and divided into one control group (n=5), and three experimental groups (n=20) according to the preparation method; K-Flexofile, ProTaper Universal and SafeSider instruments. All canals were irrigated with 3 ml of 5.25% sodium hypochlorite solution and 3 mL of 17% EDTA. Subsequently, the canals were irrigated with 5 ml of normal saline. Then the teeth were examined under the scanning electron microscope (SEM). Kruskal-Wallis, Dunn-Q Bonferroni, and Friedman tests were used for statistical analysis of results. Results: To assess the accumulation of debris, statistically significant differences were observed only in the coronal area among ProTaper Universal, SafeSider, K-Flexofile, and the control group. (P=0.029). To evaluate the residual smear layer amount, statistically significant differences were observed only in the coronal and middle areas, following the preparation of the canals using ProTaper Universal, SafeSider, and hand K-Flexofiles and control groups (P=0.019). Conclusions: Based on the present in vitro study, we can declare that the canals were utterly cleaned of debris and smear layer in none of the groups. Manual Flexofile and ProTaper Universal groups result in cleaner canal walls than reciprocal SafeSider, in the coronal and middle thirds.