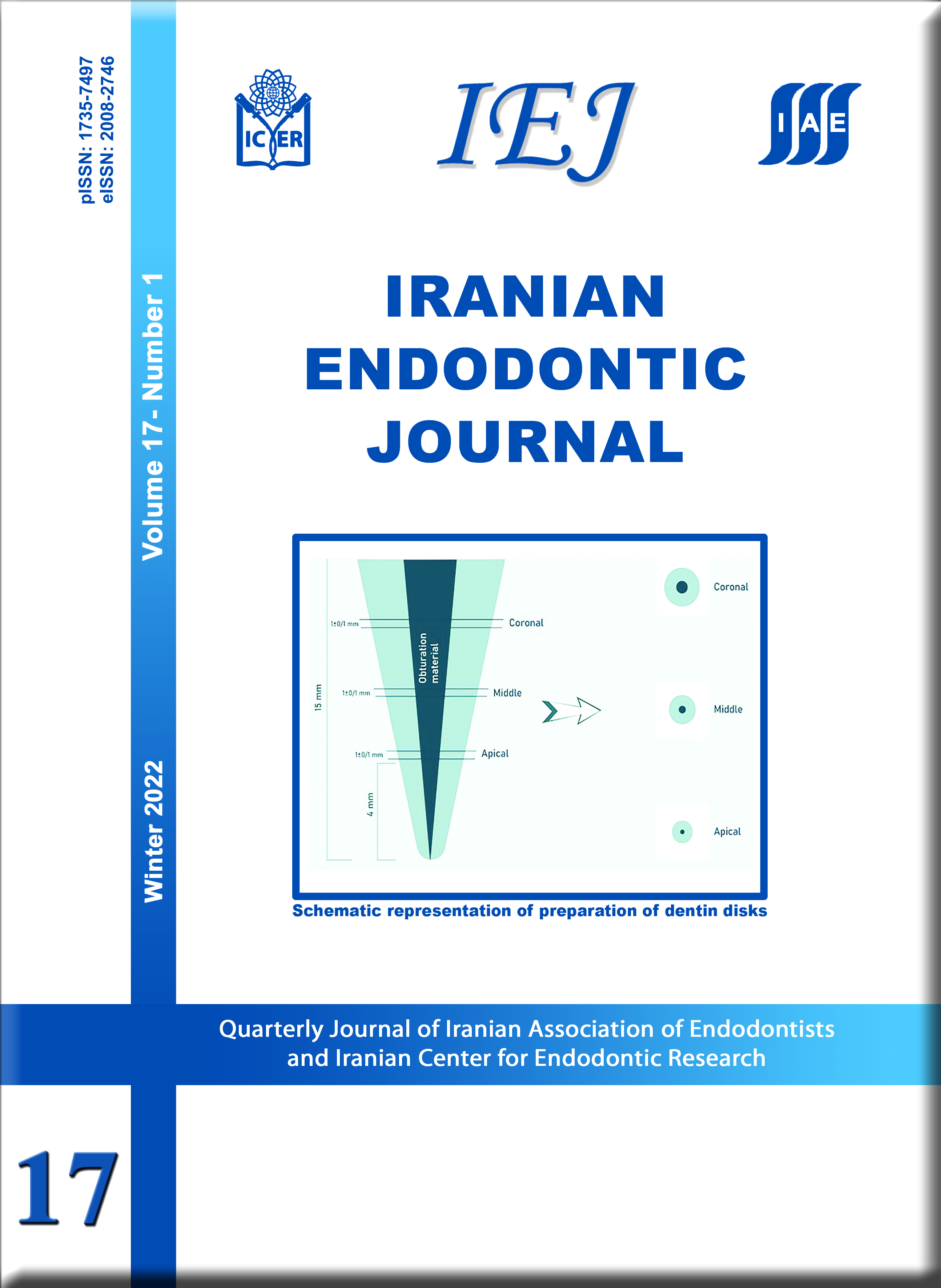 Accuracy of Four Apex Locators in Premolars with Root Resorption: An In vitro Study

Introduction: The aim of the present in vitro study was to compare the accuracy of the working length measurements of four foramen locators: Root ZX mini, Raypex 6, Woodpex III and Propex Pixi in uniradicular premolars with simulated root resorption. Materials and Methods: For this study, 30 single-rooted permanent premolars were selected. The samples were divided into two groups: 15 teeth with simulated external root resorption and 15 teeth with internal resorption. Each sample was immersed in containers with alginate covering only the root part. Measurements were acquired from the four foramen locators and compared with the working length measurements that have been previously obtained with the direct visual technique and the use of a Digital USB Microscope under 5×. Next, the Shapiro-Wilk normality test was applied. The ANOVA test and t-test for related samples were performed, in order to analyze the measurements obtained. Results: In the teeth with external resorption, no statistically significant differences in the measurements were obtained with Raypex 6 and Propex Pixi foramen locators, but there were statistically significant differences with Root ZX mini and Woodpex III Root Zx mini [Root Zx mini (P=0.040) and Woodpex III (P=0.000)]. On the other hand, in the samples with internal root resorption, there were no statistically significant differences in measurements with the Root ZX mini, Propex Pixi and Raypex 6 foramen locators. However, there were significant differences with Woodpex III. Conclusions: Based on this in vitro study, Raypex 6 had the highest accuracy in premolars with simulated external resorption and Root ZX mini was the most accurate in teeth with simulated internal resorption. Furthermore, external root resorption affects the accuracy of foramen locators more than internal resorption.