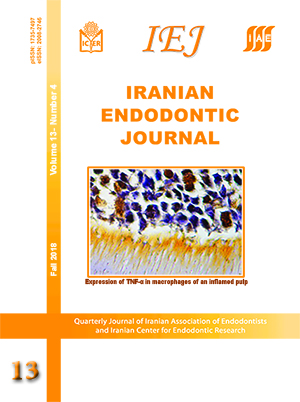 Introduction: The aim of this study was to compare the flexural strength of mineral trioxide aggregate (MTA), calcium-enriched mixture (CEM), and BioAggregate (BA). Methods and Materials: In this study, the flexural strength of materials was measured using a 3-point bend test. After being prepared, MTA, CEM, and BA were inserted into the intra-putty molds using amalgam plugger. The specimens were covered with a sponge wetted with synthetic tissue fluid (STF) and incubated for 96 h. They were then subjected to a 3-point bend test using Universal Testing Machine. The Kruskal-Wallis and Mann-Whitney U tests were used to compare flexural strength in groups. In this study, P<0.05 was considered as the significant level. Results: There were significant differences between the three groups in terms of the flexural strength (P<0.001). The mean flexural strength in the BA, CEM, and MTA groups were 27.32±2, 9.09±1.16, and 10.25±1.6, respectively. Pairwise comparison showed significant differences between the three groups. Conclusion: This in vitro study showed that BA has the highest and CEM has the lowest flexural strength.