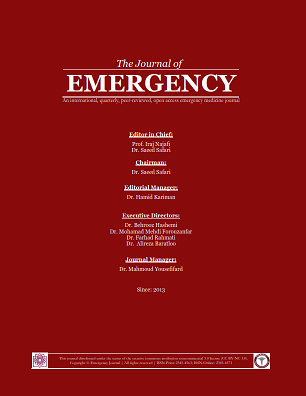 Tarantula Bite in Iran, a Letter to the Editor

I read with great interest the case report titled “Periumbilical pain with radiation to both legs following tarantula bite; a case report” published in Emergency journal. Tarantula spiders are not medically important except for some very limited species, which do not exist in Iran. Solifugae -or rotails as they are called in Iran- are in fact another group of animals also called camel spiders (Figure 2). They are also venom-free and generally cause secondary infections in the site of their bites. Thus, it seems that the patient's signs and symptoms cannot be due to the rotail or tarantula bites.