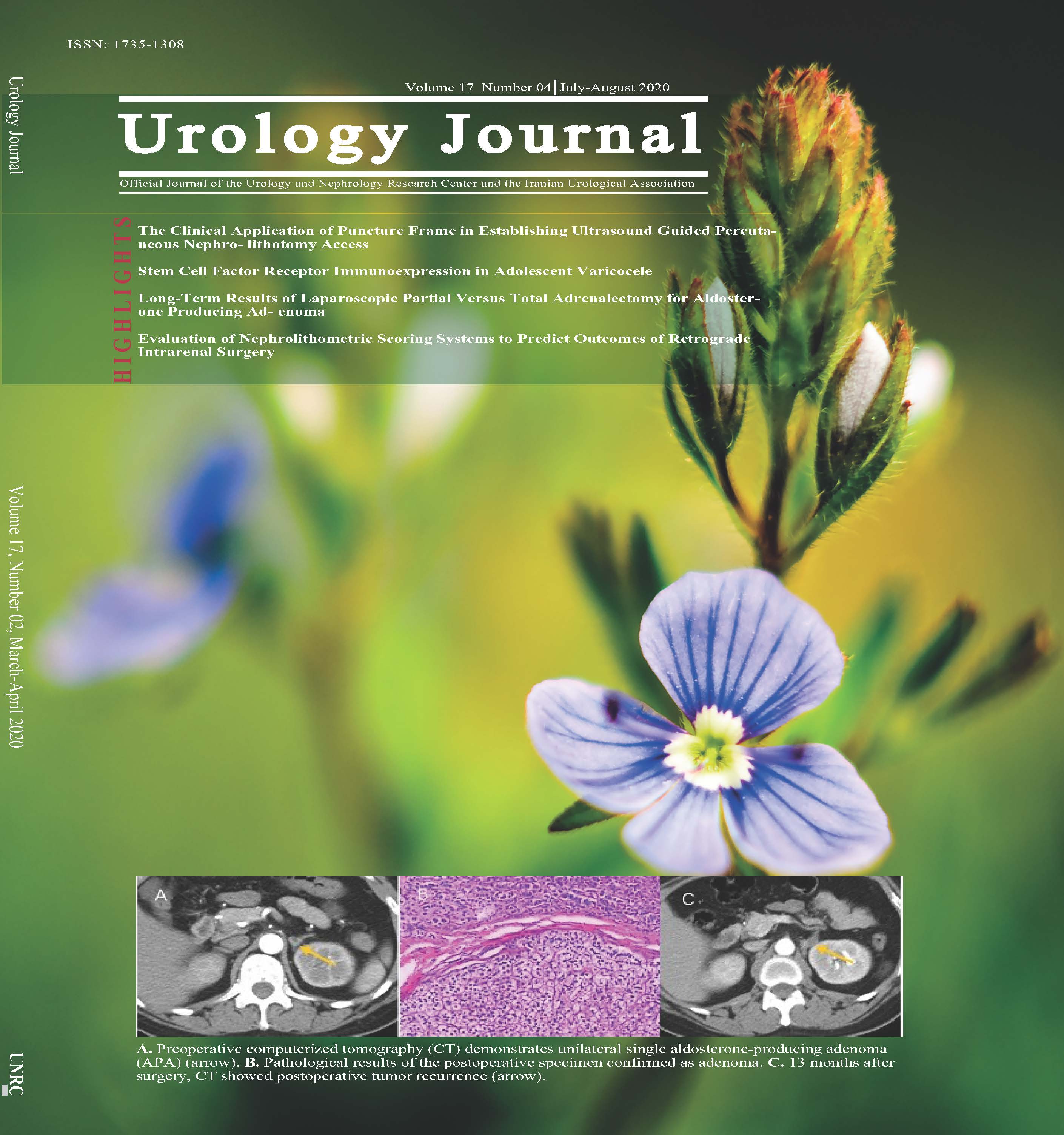 Purpose: To evaluate the safety and efficacy of discharging patients on the first postoperative day after an uncomplicated percutaneous nephrolithotomy (PCNL).

Results: The stone and patient characteristics were not different in two groups. The preoperative and change in the hemoglobin and creatinine levels were not significantly different between the two groups. Nine patients (9.2%) in Group 1 and five (4.9%) in Group 2 were readmitted because of complications (mainly hematuria) (p=.23). Of the readmitted patients, five in Group 1 (55%), and three in Group 2 (60%) received blood transfusion (p=.87). in these patients, group 1 received 1.6±0.51 units of blood compared with 1.93±0.25 in group 2 (p=.07). All the readmitted patients did well with conservative therapy with no need for angioembolization.

Conclusion: In uncomplicated PCNL with no significant residual stone, discharging the patient on the first postoperative day is safe. The outcome is comparable to a routine three-day hospital stay.