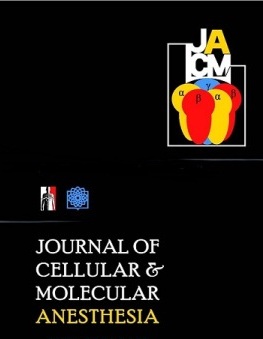 Introduction: 3,4-Methylenedioxymethamphetamine (MDMA) is a type of psychostimulant drug that induces neurotoxicity. Even though several psychostimulant substances activate microglia, little is known about MDMA's effects on these cells, and evidence of MDMA-induced microglial activation is equivocal. Material and Methods: This study employed a murine microglial cell line, BV2, to examine the effects of MDMA on the microglia morphological changes and the survival of microglia in vitro. MDMA was incorporated into the media at the time of plating and cell number and levels of mitochondrial dehydrogenase activity (MTT) were determined in vitro. The level of pro-inflammatory cytokine TNF-α was also determined. Result: Treatment of BV2 cells with MDMA resulted in morphological changes, reduced cell viability after 24h incubation with the inhibitory concentration (IC50) value of 243.6 µg/mL, and increase TNF-α level in a dose-dependent manner. Conclusion: These findings proposed that MDMA could induce BV2 microglial cell activation in vitro and suggested that it has an important role in the development of MDMA use disorder.

Introduction: Major depressive disorder is associated with changes in immune function. One of the most common treatments of major depression is electroconvulsive therapy (ECT), which is performed under general anesthesia. The aim of this study was to comparison the effect of propofol and sodium thiopental on serum levels of interleukine-23 (IL-23) and interleukine-17 (IL-17) after ECT in major depression.

Methods: This cross-sectional study was conducted on 62 patients with major depression who were treated with ECT. They were randomly divided into the Propofol and Sodium Thiopental groups. The serum concentrations of IL-23 and IL-17 were measured using ELISA method prior to ECT (T0), 30 min after ECT (T1) and 5 hours after ECT (T2). Data analyzed using descriptive statistics and Chi-square tests, independent t-test, one-way ANOVA and repeated measures.

Conclusions: The choice of propofol or sodium thiopental for ECT in patients with major depressive disorder is no different in terms of short-time effects in serum IL-23 and IL-17 levels.

Background: Surgical trauma induces systemic inflammatory responses. We aimed to evaluate the influence of different analgesic models on postoperative pain and inflammatory markers modulation after major abdominal surgeries.
Materials and Methods: A total of 105 patients scheduled for elective abdominal colorectal surgeries were selected and randomly assigned to one of the three groups: Group-1 (GM) four micrograms/kg of IT morphine; Group-2 (GML) four microgram/kg of IT morphine plus 1.5 mg/kg intravenous Lidocaine loading dose and 2 mg/min saline infusion during the operation and the next 4 hours postoperative; Group-3 (G0, control group) no added drugs.
Results: Pain scored statistically significant lower figures in GML than the other two groups; p<0.001. Tumor Necrosis Factor-alpha serum levels showed a statistically significant difference between the three groups; P <0.001; GML showed the lowest level, followed by group GM and Group 0 (10.3±4.4 vs. 20±4.4 vs. 26±7.5). Transforming Growth Factor beta-1 demonstrated the highest levels measured in GML, high levels in GM, and the lowest level in G0; p<0.001, where mean serum levels were 43.1±12.5, 26 ±4.2, and 18.9±7.7, respectively. Opioid consumption was significantly lower in GML than other two groups; P<0.001.
Conclusion: Intraoperative and early postoperative intravenous Lidocaine infusion significantly improved the quality of postoperative analgesia. Optimizing analgesia in anesthetic management has a favorable effect on the pro and anti-inflammatory mediators.

Background: Preoperative anxiety in children is associated with multiple post-operative outcomes like post-operative regressive behavioral disturbances, prolonged distress in the recovery phase, eating disorders, and bedwetting. The present study was designed to use low-dose oral melatonin versus oral midazolam in relieving pre-operative anxiety in children in the Indian population.
Materials and Methods: A prospective randomized comparative study was conducted on children aged between 2 to 10 years of age scheduled for elective surgeries under general anesthesia are included in the study. This study was conducted with a sample size of 70. Patients were randomly distributed into two groups of 35 content. Group A (received 0.2mg/kg melatonin as premedical) and group B (received 0.5mg/kg midazolam as premedical).
Results: Mean induction dose of propofol in the melatonin group was 52.143+ 18.36 mg and in the midazolam, the group was 48.714 + 16.6 mg. In our study, 90 minutes after premedication, the anxiety score was less in the midazolam group. There was no statistically significant difference between the sedation scores in melatonin and midazolam.
Conclusion: Low-dose melatonin (0.2mg/kg) is not an effective alternative premedicant in children to alleviate preoperative anxiety compared to midazolam.

Ephedrine Versus Ondansetron in the Prevention of Hypotension During Cesarean Section: A Randomized, Double Blind, Placebo-Controlled Trial

Objective: This study was conducted to compare a traditional vasopressor “ephedrine” with two different doses of 5-HT3 receptor antagonist “ondansetron” in preventing SIH during cesarean section.

Patients: A total of 168 full‑term parturients undergoing CS under spinal anesthesia were included.

Main outcome measure: The primary outcome of this study was the incidence of SIH in all 4 groups during the first 60 minutes after spinal anesthesia

Results: The incidence of SIH was significantly higher in the control group (45,2%) when compared to ephedrine, O4, O8 groups (19%, 16.7%, 11.9% respectively). There were significant differences between the 4 groups regarding maternal mean arterial pressures during the 1st 60 minutes after spinal anesthesia. No side effects were recorded.

Conclusion: Prophylactic intravenous ondansetron - at a dose of 4mg or 8mg- could be an effective alternative to ephedrine in reducing the incidence of SIH and requirement of vasopressors in parturients undergoing CS.

Comparative Efficacy of Oral Triclofos in Pediatric Neuroimaging and Other Procedural Sedation: A Systematic Review and Meta-analysis

Sedation is a mandatory part of successfully performing diagnostic and therapeutic  procedures in struggling children or when lying still is a necessity. Many drugs are advocated but there is no consensus on choice of drug , route , dose etc. Practice varies by country, area,  procedure and clinician widely. Oral route is always preferred, for its low cost , safety and non requirement of expert handling by anesthetists. Triclofos is active metabolite of Chloral hydrate sedative anxiolytic. Both lost their ground with inclusion in WHO list of restricted pharmaceuticals in 2010. Unmonitored misuse of drug  was the reasons behind. However Triclofos remained in use in India, and no serious side effects were noted during one time use under medical supervision for procedural sedation in last 20 years. This Systematic review ascertains its safety and efficacy.  Protocol was registered at PROSPERO vide no CRD42021237574. Twenty four  studies with 2337 subjects were included, 18 clinical trials for safety  and efficacy both while 6 observational studies for safety only. Triclofos and oral Midazolam both appeared as preferred drugs for procedural sedation without any statistically significant difference. Triclofos was used in much higher doses in all studies varying  from 2.5 to 5 times higher than recommended dose of 20 mg/kg in Indian books. Preservative free IV midazolam preparation mixed with fruit juice was commonly used orally. No serious side effects were noted for triclofos in any study. We concluded that one time use of triclofos under medical supervision is safe and effective.

Myotonic Dystrophy and Volvulus: Anesthetic Considerations For an Urgent Situation And the Role of Sugammadex; A Case Report

Myotonic dystrophy (MD), although not a common disorder, is a challenge for anesthesiologists as it restricts choices of medication and involves some organs other than muscles. Here we report a known case of MD underwent laparatomy for bowel obstruction. Anesthesia was induced rapidly and muscle relaxation achieved by using high dose of rocuronium. Reversal of muscle relaxation was done with sugammadex successfully with no residual relaxation. Rocuronium could be used as a safe mean of rapid muscle relaxation in MD and reversal could be achieved with sugammadex.

Agonizing and debilitating pain is what most patients with chronic pancreatitis endure. Chronic pain often leads to depression and poor quality of life. Surgical decompression can result in permanent pain relief by reducing intraductal hypertension. Elective surgical procedures had to be postponed during the times of the Covid-19 pandemic as the resources including oxygen supplies, workforce, and ventilators were dedicated to the service of Covid-19 patients. We present a case of 20 year-old-male suffering from severe abdominal pain due to chronic pancreatitis refractory to analgesic medications. In view of the refractory pain and inability to proceed with surgery due to the pandemic, we subjected him to undergo splanchnic nerve block (SNB) with local anesthetic and steroid.  SNB provided adequate analgesia and enabled the patient to tide over the crisis. To our knowledge, no case has been reported using a combination of local anesthetic and steroid in SNB for a patient with chronic pancreatitis.