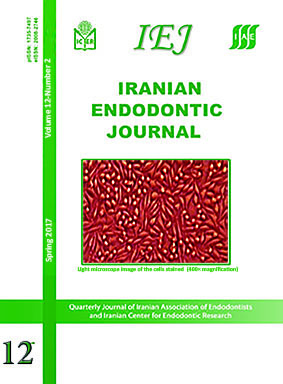 Treatment Outcomes of Full Pulpotomy as an Alternative to Tooth Extraction in Molars with Hyperplastic/Irreversible Pulpitis: A Case Report

Root canal therapy (RCT) is a common and successful treatment for irreversible pulpitis due to carious pulp exposure in mature permanent teeth. However, it is often an expensive procedure, may require multiple appointments, and requires a high level of training and clinical skill, specifically in molars. Uninsured patients, low-income patients, and patients with limited access to specialist care often elect for extraction of restorable teeth with irreversible pulpitis. There is a need for an alternative affordable treatment option to preserve their teeth and maintain chewing function. A case of pulpotomy using calcium-enriched mixture (CEM) cement in two maxillary molars (#14 and 15) in a healthy 36-year-old patient is presented. Both teeth were diagnosed with symptomatic hyperplastic/irreversible pulpitis. Patient did not have dental insurance, was unable to afford RCT, and refused to extract the teeth. CEM pulpotomy and amalgam build-ups were done as an alternative to extraction. At 2-year recall, both teeth were functional with no signs/symptoms of inflammation/infection. Periapical radiographs and 3D images showed normal PDL around all roots. Pulpotomy with CEM biomaterial might be a viable alternative to tooth extraction for mature permanent teeth with hyperplastic/irreversible pulpitis, and can result in long-term tooth retention and improved oral health.