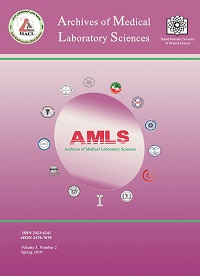 Background: Natural products might be applicable as remedial agents with their roles in oxidative stress regulation and as natural antioxidants.  In this regard, Nepeta ispahanica bioss has been utilized in traditional medicine for several functions. Despite numerous properties of the Nepeta species including their antioxidant properties, Nepeta ispahanica boiss effects against hepatic injury induced by carbon tetrachloride (CCl4) have not been studied. This study aimed to investigate the hepatoprotective effects of Nepeta ispahanica boiss on CCL4 induced acute hepatic injury in an animal model.

Materials and Methods: The experiment used a total of 36 male Wistar rats, that were divided into six groups. Except for the intact control groups, all groups received a single intraperitoneal injection of CCl4 after pre‐treatment period with distilled water, Nepeta ispahanica boiss extracts, or legalon. After 24 hours, rats were anesthetized, sacrificed and blood samples were obtained. Serum level of alanine aminotransferase (ALT), aspartate aminotransferase (AST), alkaline phosphatase (ALP), total bilirubin (TB), urea and plasma levels of total protein and malondialdehyde (MDA) were evaluated. Besides, SOD and CAT enzyme activities and GSH levels were determined.  Histopathological studies also were done in liver tissue samples.

Background: The use of herbal remedies, either in combination with conventional drugs or as an alternative, is accepted worldwide. Silymarin derived from Milk thistle has evidence-based therapeutic potency for wide spectrum of liver diseases. The current work aimed to study the immune-modulating activity of Silymarin in HCV-infected patients by measuring the effect of pure Silymarin solution on the production of IL-17 and IL-10. Materials and Methods: Nine HCV-1a infected patients and three healthy controls were entered in this study. The mean age of patients and healthy controls were 45.53 (± 10.21) and 39.9 (±10.88), respectively. The PBMCs were isolated, cultured in 96-well plate and incubated with Silymarin solution (5µg/ml) for 24 hours. The cells and cell culture supernatant of three groups including patients treated with Silymarin, non-treated patients, and healthy controls were then subjected to Real Time PCR and ELISA to measure the levels of inflammatory and non-inflammatory cytokines including IL-17 and IL-10, respectively. Statistical analysis was conducted using SPSS software version 20.0.
Results: According to Real Time PCR and ELISA results, the level of IL-17 was significantly reduced in patients treated with Silymarin while the expression of IL-10 was remarkably increased in these patients.
Conclusion: The results of this study approved the immunomodulatory properties of Silymarin in HCV-infected patients. Hepatoprotective, antiviral, as well as immunomodulatory properties of the Silymarin make it a potential therapeutic option in patients with chronic hepatitis C.

Background: Asthma as the variable degrees of airway obstruction is reversible and allergic asthma is a common form of asthma. Yogurt is coagulated milk and fenugreek as a plant is used in traditional medicine. Oral administration of yogurt (as food) can provide probiotic agents that have the main effects on immune responses. In this study, the effect of yogurt and fenugreek on asthma was studied.
Materials and Methods: After producing of asthma model in BALB/c mice in 4 groups, groups were treated with yogurt, yogurt-probiotics, and yogurt-fenugreek. At least, total IgE in serum, IL-4, 5, 13 in BAL (Broncho-Alveolar lavage) fluid was measured. Histopathological sections were prepared and eosinophilic infiltration and mucus-secreting were investigated.
Results: Eosinophilic infiltration and mucus hyper-secretion were decreased in treated groups. Total IgE in serum was decreased in asthma-yogurt-probiotic and asthma-yogurt-fenugreek groups in comparison with asthmatic and asthma-yogurt groups. The amount of IL-4 in BAL of the asthma-yogurt-fenugreek group was decreased. The amount of IL-5 in BAL of the asthma-yogurt-probiotic and asthma-yogurt-fenugreek groups was decreased. The amount of IL-13 was decreased significantly in three treated groups.
Conclusion: This study showed that yogurt with fenugreek and probiotic has a strong effect on suppression of progression of airway inflammation and asthma pathophysiology.