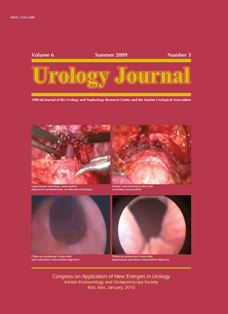 Introduction: We determined the recurrence and progression at 1 year in patients with non-muscle-invasive urothelial carcinoma who underwent transurethral resection of bladder tumor (TURBT) and compared those with the calculated risk according to the European Organization of Research and Treatment of Cancer (EORTC).

Materials and Methods: Follow-up data of 92 patients with non-muscle-invasive bladder cancer who underwent TURBT were reviewed, and their 1st year recurrence and progression were recorded. The risk of recurrence and progression were calculated for 1 year according to the EORTC scoring system, using tumorsâ€™ stage, grade, size, and multiplicity, and the presence of carcinoma in situ and previous recurrence episodes. The outcomes were compared with the EORTCâ€™s predictive scores.

Conclusion: A significant concordance was noted between the EORTCâ€™s calculated risk and the recurrence rate of stage Ta T1 bladder cancer at 1 year. Progression was less than that predicted, probably due to our small sample size.