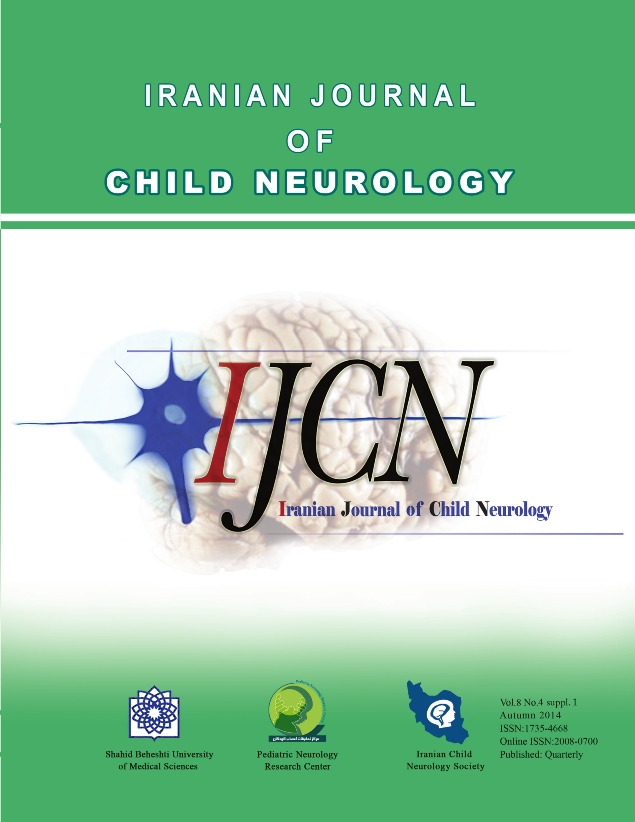 Intermittent Clonazepam in The Prevention of Recurrent Febrile Seizures

To evaluate the efficacy and common side effects of intermittent clonazepam in febrile  seizures.

This study was an experimental trial designed to determine the efficacy of intermittent clonazepam in febrile seizures .Thirty patients with an age range of 6 months to 5 years (60% male, 40% female) were studied. Children with a history of psychomotor delay, abnormal  neurological examination, a history of antiepileptic drug consumption, and afebrile seizures were excluded from the study. Patients received a single dose of prophylactic Clonazepam (0.05 mg/kg/ day) on the first day of febrile illness and twice daily during the course of fever.

An antipyretic medication (Acetaminophen) was advised if fever exceeded 38oC. Patients were followed up for one year after the study inclusion date.

Three patients were excluded from study since they didnot follow the tritment and three patients experienced afebrile seizures. Twenty four patients had 162 febrile episodes during the course of the study and all patients were seizure-free after 1 year.

Clonazepam was 100% effective but lethargy and ataxia were common side effects in patients. Fortunately, their parents continued treatment because they had prior awareness of the  possible side effects of clonazepam. Clonazepam is efficacious as an intermittent therapy for febrile seizures if parents are informed of its side effects.