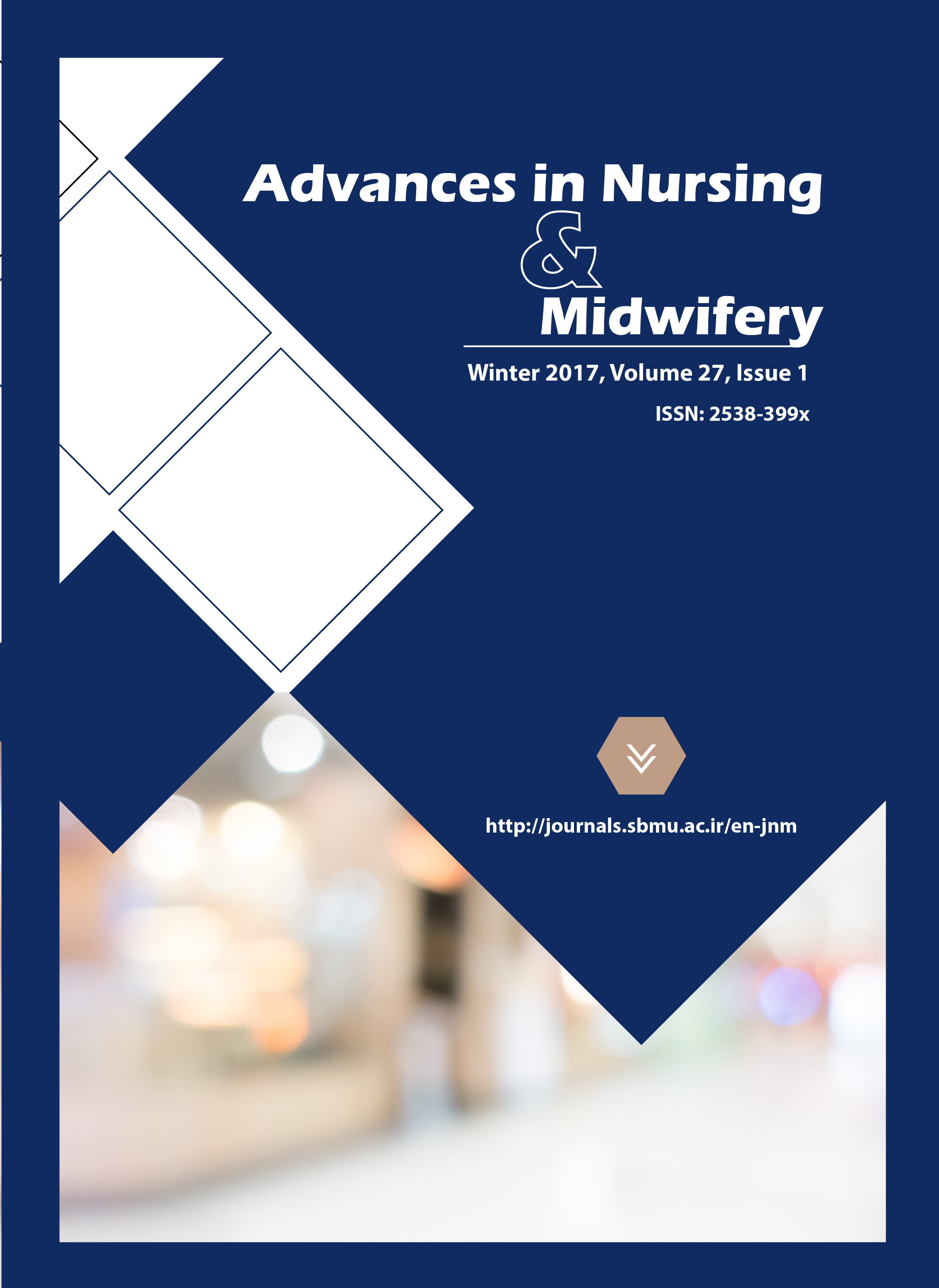 Related Items
About The Authors

Abstract Introduction: Chronic renal failure is largely asymptomatic complication, which requires dialysis as a time process to control it. On the other hand, due to the high prevalence and progressive maladaptive nature, its progress should be prevented. In addition to various physiological changes, it changes the mental, psychological, and social aspects of patients. Fatigue and anxiety are common nursing diagnoses of patients undergoing hemodialysis. Employment of music as a complementary therapy and an uncomplicated, low-cost, and pleasurable method can be a nursing practice to reduce such complications. The current study aimed at investigating the effect of listening to music on anxiety and fatigue in patients undergoing hemodialysis. Methods: The current clinical trial was conducted on 25 patients as a group randomly selected to participate in the study. Patients listened to music for 30 minutes three times per week, 12 sessions a month, during hemodialysis sessions. Data were collected using three questionnaires: a researcher-made demographic information questionnaire, Beck anxiety inventory (BAI), and fatigue severity scale (FSS). Data were collected by a researcher based on interviewing method. Data were expressed as means ± standard deviation (SD). Data were statistically analyzed with SPSS version 20. The paired t test was used to compare before and after intervention mean valuesbetween the groups. The level of significance was < 0.05. Results: The mean anxiety score of the patients before intervention was 19.6%, indicating a moderate level of anxiety and the mean anxiety score was 14.48% after intervention. The mean fatigue score decreased from 36.8 to 31.2, and remained at moderate levels of fatigue. The reductions were significant (P < 0.05).Conclusions: The results of the current study showed that the employment of music as a complementary therapy was effective on reducing the anxiety and fatigue ofpatients undergoing hemodialysis and utilizing it along with other therapeuticinterventions is recommended.

Mortazavi H. [Effect of massage on intensity of physiological stress associated with the treatment in hemodialysis patient]. J Knowledge Health. 2015;11(1):24-31.