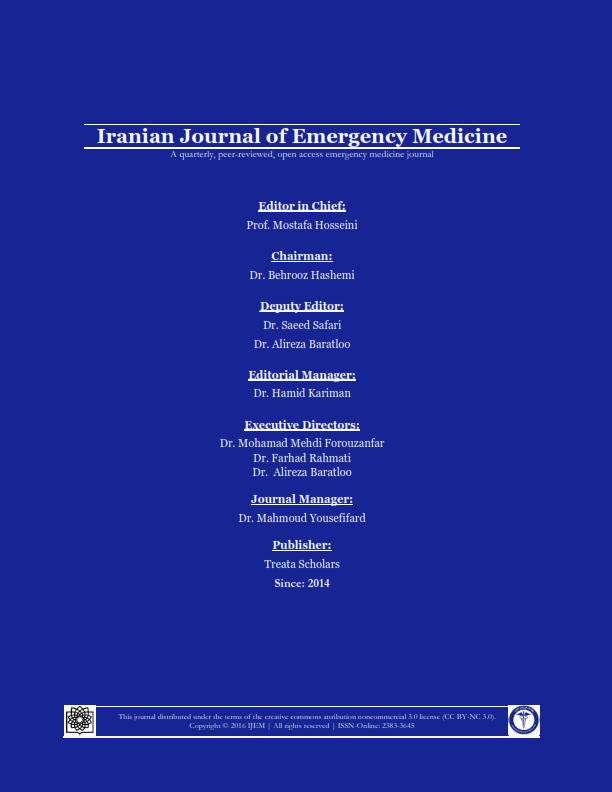 In the previous two parts of educational manuscript series in Emergency, we explained some screening characteristics of diagnostic tests including accuracy, sensitivity, specificity, and positive and negative predictive values. In the 3rd  part we aimed to explain positive and negative likelihood ratio (LR) as one of the most reliable performance measures of a diagnostic test. To better understand this characteristic of a test, it is first necessary to fully understand the concept of sensitivity and specificity. So we strongly advise you to review the 1st part of this series again. In short, the likelihood ratios are about the percentage of people with and without a disease but having the same test result. The prevalence of a disease can directly influence screening characteristics of a diagnostic test, especially its sensitivity and specificity. Trying to eliminate this effect, LR was developed. Pre-test probability of a disease multiplied by positive or negative LR can estimate post-test probability. Therefore, LR is the most important characteristic of a test to rule out or rule in a diagnosis. A positive likelihood ratio > 1 means higher probability of the disease to be present in a patient with a positive test. The further from 1, either higher or lower, the stronger the evidence to rule in or rule out the disease, respectively. It is obvious that tests with LR close to one are less practical. On the other hand, LR further from one will have more value for application in medicine. Usually tests with 0.1 < LR > 10 are considered suitable for implication in routine practice.

Taghizadieh A, Ala A, Rahmani F, Nadi A. Diagnostic Accuracy of Chest x-Ray and Ultrasonography in Detection of Community Acquired Pneumonia; a Brief Report. Emergency. 2014;3.