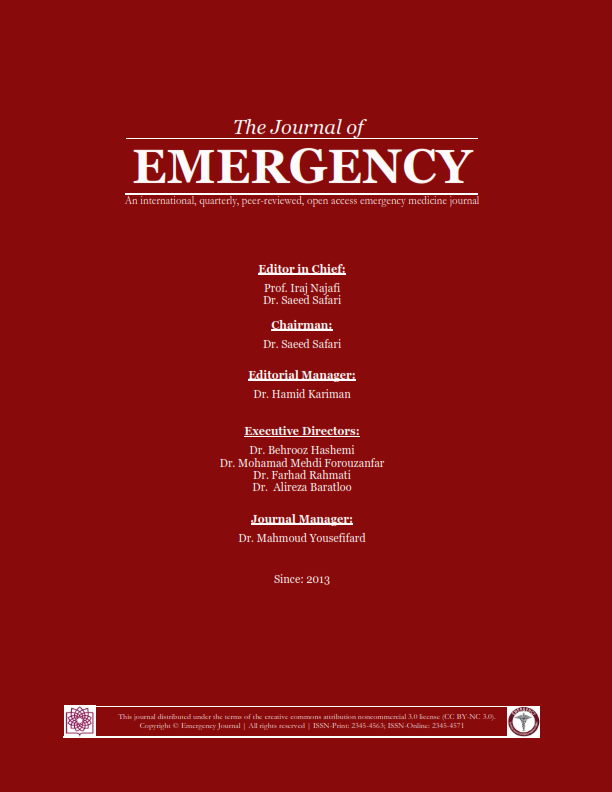 Vagus Nerve Stimulation and External Defibrillation during Resuscitation; a Letter to Editor

In 2016, he was admitted because of generalized seizure and aspiration pneumonia.  During hospital stay he suffered a cardiac arrest (CA) with pulseless ventricular tachycardia (VT) caused by fulminant pulmonary artery embolism. After successful resuscitation, the patient experienced return of spontaneous circulation (ROSC). During resuscitation, biphasic electric shocks were applied using 150 Joule and subsequently 360 Joule with patches placed approximately 10 cm parasternal and at the left chest below the VNS. After successful ROSC the VNS was checked again and no malfunction could be detected. Stimulation settings were not changed. Impedance was normal. Seizures were not observed during the remaining day. Unfortunately, the patient died within one day after successful resuscitation and ROSC because of therapy refractory circulatory insufficiency.

VNS is an established therapeutic approach in treatment of TRE in children and adults to achieve reduction of seizure frequency with proven safety and efficacy. The safety of VNS in emergency situations like cardiac arrest due to VF with need of external defibrillation and application of large amounts of electrical energy is not clear. External defibrillation in VNS patients may potentially be harmful. The literature concerning external defibrillation during resuscitation or external cardioversion (EC) in patients with implanted electronic devices in neurological disorders is sparse. In patients with cardiac pacemakers external defibrillation may damage the cardiac device. EC applied to deep brain stimulation (DBS) patients may cause thalamotomy or DBS failure. Application of electroconvulsive therapy in psychiatric disorders seems to be safe. Two cases of electroconvulsive therapy (ECT) in VNS have been reported by Sharma et al. The first patient was a 66-year old female with major depression and the second one, a 57-year-old male with a history of bipolar disorder. Both had VNS for therapy refractory psychiatric illness. ECT was applied because of further worsening of the mental state without malfunction of the VNS device. To our knowledge, this is the first case of external defibrillation in a patient with VNS for TRE without alteration of the neurostimulator’s function. External defibrillation applied to VNS patients seem to be safe and effective. Several steps should be taken to minimize the electrical current flowing through the neurostimulator. First, position the patches as far away as possible from the VNS at least 10 cm each. Second, position the patches perpendicular to the VNS; use the lowest clinically appropriate output setting, and, finally, confirm that the VNS is functioning properly after defibrillation.